Do you have children? More than likely, if you’re reading this, you do. Being a mom of three I’ve learned the hard way when it comes to feeding my children. Learning what they like, don’t like, and what they consider a snack. With my two oldest boys I believe (knock, knock) that I’ve got the science down when it comes to what each of them will eat for a snack. With my daughter Ryan, it’s another story. 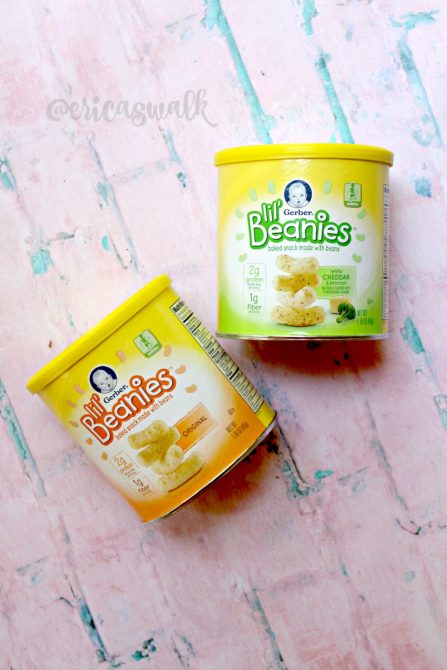 She has been a hassle. Getting her to eat anything is hard. She has to be one of our pickiest eaters out of the three.  So one day I got the bright idea that maybe if I let her think that she is picking it herself that she will eat it. So when it comes to eating (lunch for instance) and I want the kids to eat hotdogs. I have to let her pick her hotdog out of the bag and she will eat it. Now if I were to prepare it, heat it up, cut it and serve it to her. No way on Gods green earth would she take a bite. I know, she’s weird! haha 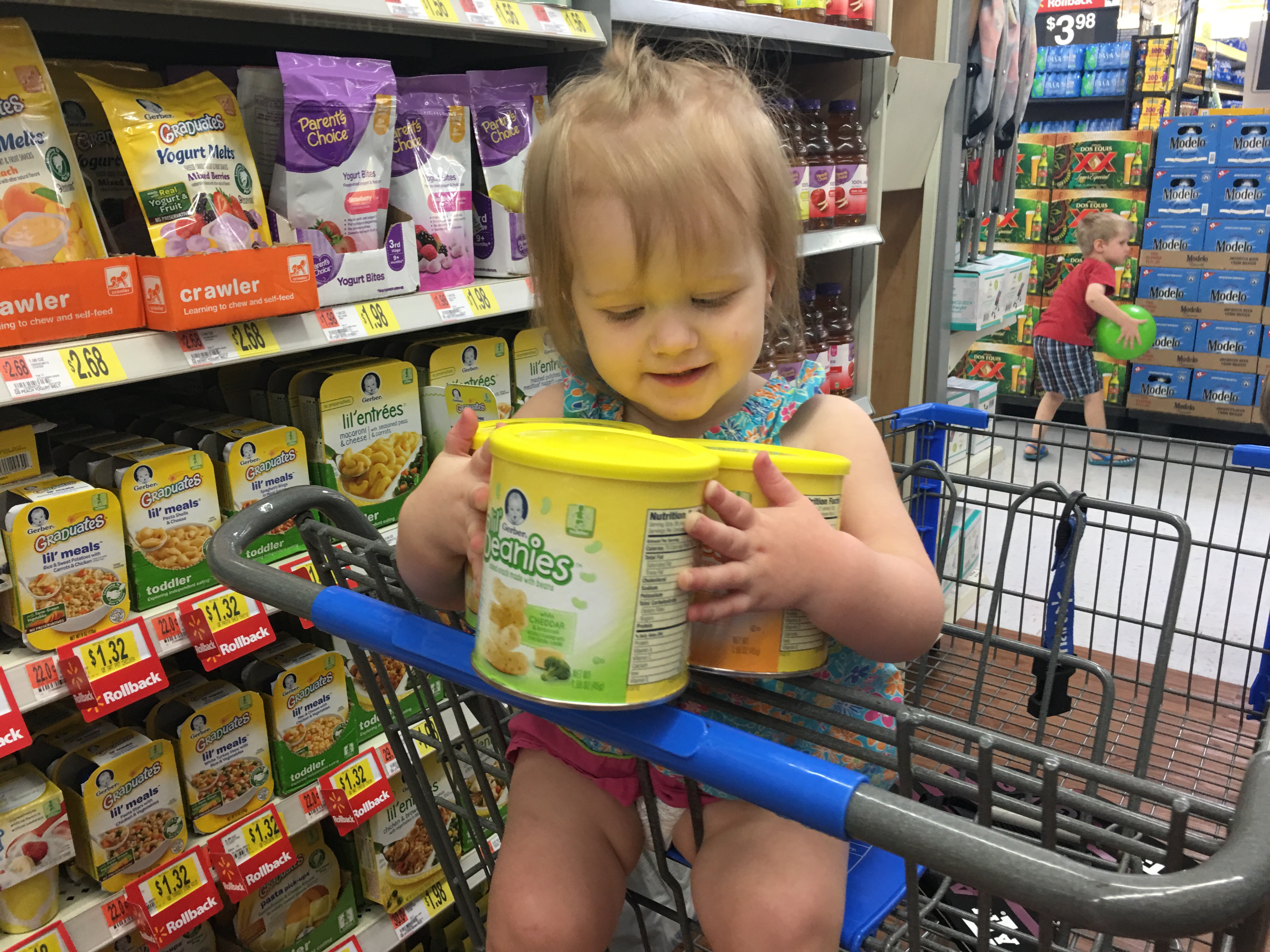 I was struggling with finding things for her to snack. While I was at Walmart looking for the perfect (Gerber® Lil’ Beanies(TM)) snack, I decided to try the same thing I do with her for lunch and let her hold them in the store to start the thought going through her head that it was her “idea” to get them.

I chose Gerber® Lil’ Beanies(TM) for many different reasons. First thing would be is that they come in two different flavors. Original and White cheddar & broccoli. But that’s not it. They are the perfect size for her to reach in, grab and I know she won’t choke. Lil’ Beanies(TM) is made from the goodness of navy beans to deliver 2 grams of protein (9% Daily Value), 1 gram of fiber and 10% Daily Value of Vitamin E per serving. And with me being on the health kick that I am I was amazed at these little statistics. 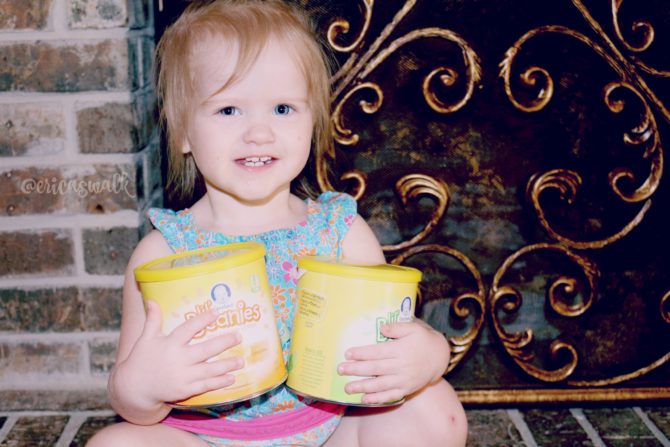 When we got home, I took her snacks out, pulled my camera out (she loves pictures) and decided before we opened them up to let her give them a try I’d do the same. Let her hold them, try and open them, and see where it took us. Let’s just say it was a success! Although I knew she would love the flavor, the trick was to get her to taste it to begin with. Now, the hard part is trying to keep my six-year-old from eating them all. Today he actually asked me if he could feed her some Lil’ Beanies(TM)” AKA, “can I pretend to feed her while I eat them all myself”. That little trickster. 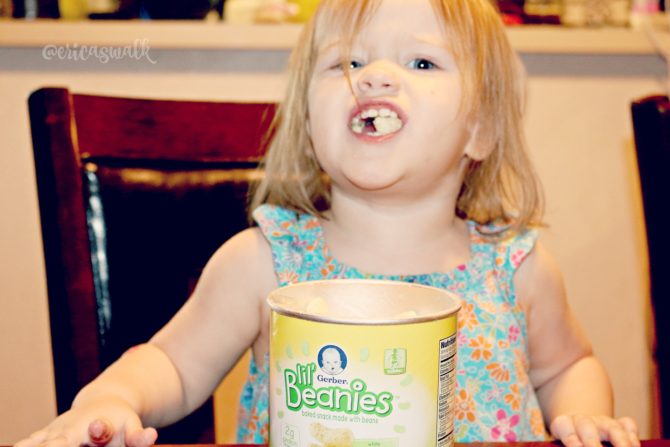 Ready for some more snow....

New blog post up today! A simple and easy DIY for

Wahoo!!! Got it back.... so much has happened sinc

Spent some time with Yari last night and Ryan fell

Load More... Follow on Instagram
Why eating right is a must when getting fit! ~Transformation~
Cleaning up after summer memories. 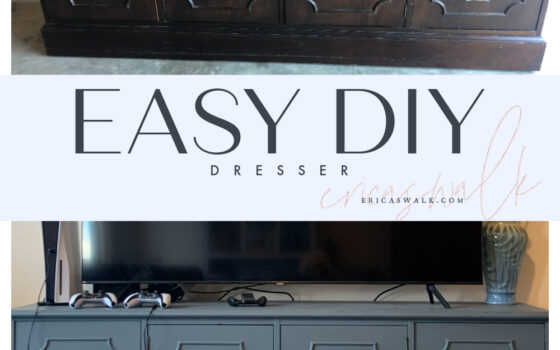 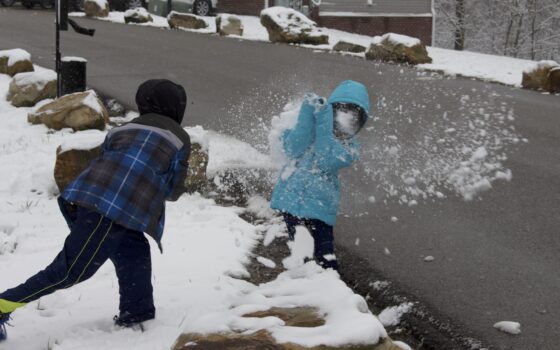