What a day today has been. Nolan turned 4 on Tuesday. Man time sure does fly by. Today started off with so much fun at the doctors office getting his 4 year shots plus his flu shot and blood drawn. 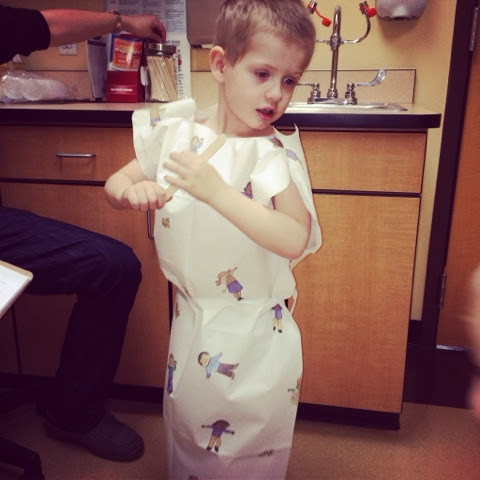 Then back home for some fun and loving with his little brother. They love to watch air dancers on Youtube. Don’t ask me why he loves them so much because he is actually terrified when he sees a real one. 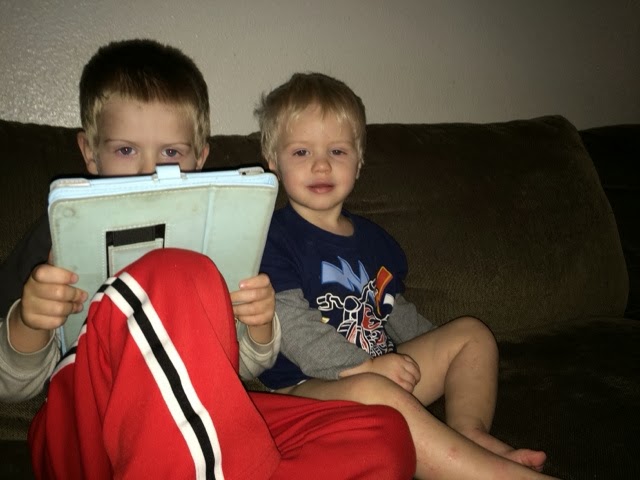 Not sure why no one had a shirt on but I just had to take a photo of them all. I do love my boys. If only I could walk around all day without a shirt :/ 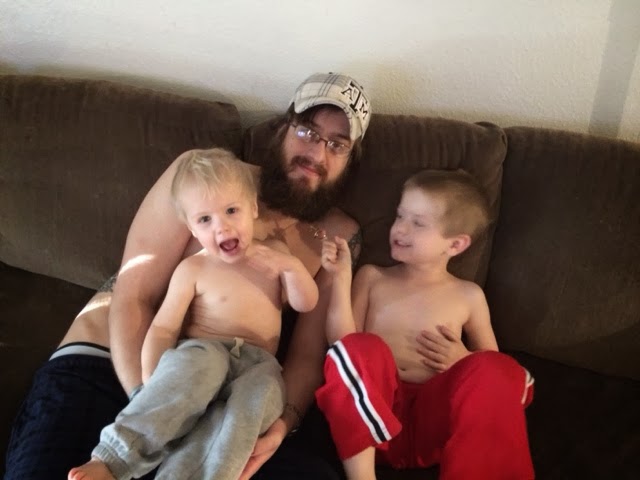 Then came his birthday dinner. It was not much this year but he sure did have a blast. Pizza, toys, Pa Pa and friends. What more could a 4 year old ask for. 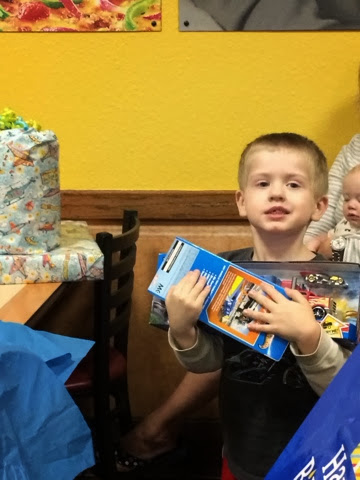 Asking me to open it. 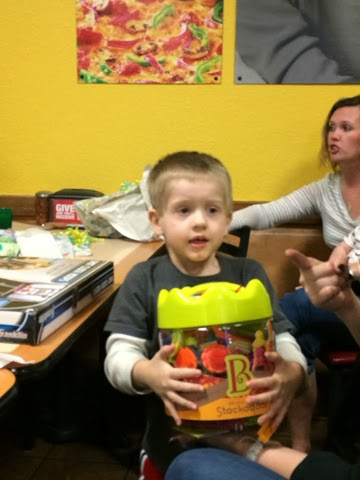 Getting a family photo in at a time like this is not easy. But hey he did say cheese. 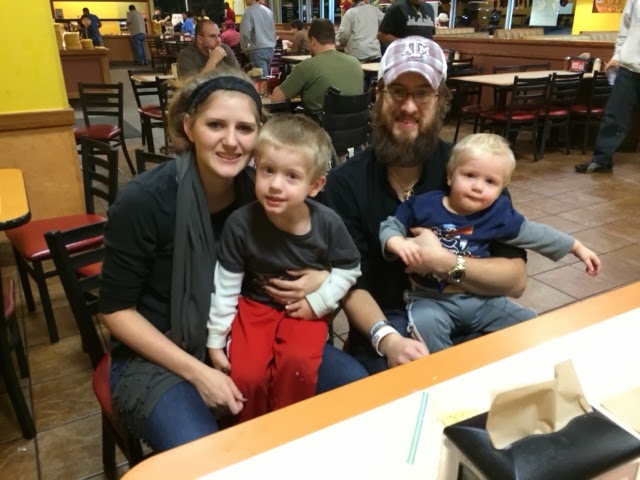 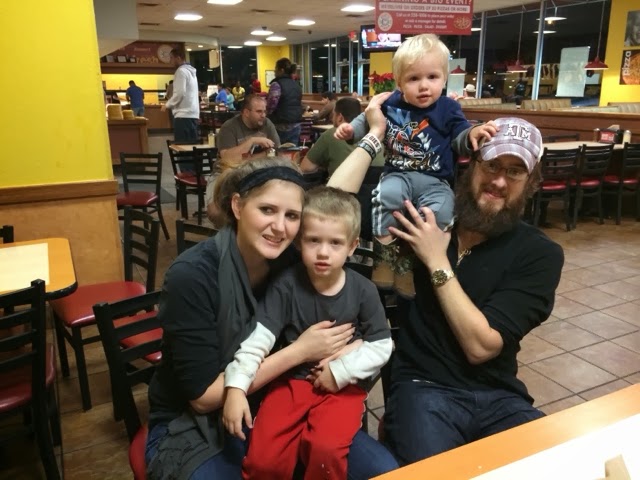 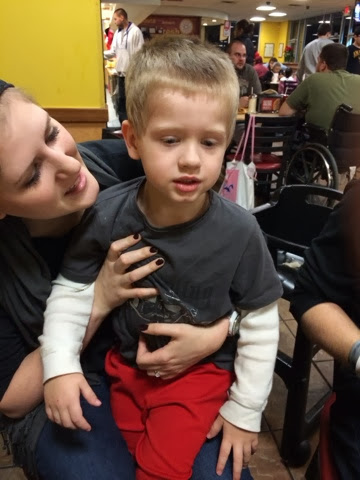 Four years ago I was in labor about to have my first born baby Nolan Patrick Bodker. This day four years ago I found out what mother-hood really meant. All those times my mom told me “you never know how much I love you until you have your own kids” yeah I found out the true meaning of this four years ago. Even though he has scared me half to death, lost one of his front teeth, does not know how to listen, and loves to dance…I would not trade him for anything!

After the initial shock of being pregnant was over and I was able to relax and enjoy my pregnancy things took a turn for the worst. Lets just say I did not have an amazing pregnancy…

The fist trimester was great, until my second sonogram that is…. “Something was wrong with his heart” the doctor told me. My heart sank. I cried and cried, prayed and prayed. I was sent me to a specialist the next week. After all the praying and worrying and crying, nothing ended up being wrong. Thank The Lord. We did have to go back about 6 times just to keep an eye on it. I was ok with going back, not only did we keep an eye out on his heart but I also got to see my baby grow inside of me with all the sonograms. There is nothing like getting to see your baby every week and see just how fast they grow and what a difference one week can make.

32 weeks came and went extremely fast. Other than the heart scare nothing major had happen. Unless you count me getting married, moving and getting huge, not much. One night I my stomach started itching like crazy the itch was unbearable, an itch that never went away. It was like I jumped into a pile of poison ivy that someone raked up just for me to do it over and over again. I tried so many different products for the itch but none worked. After about 2 weeks I finally went to the doctor to get this horrid itch/rash checked out. This was after I noticed that I had bumps all over my belly and they looked like little blisters.Words can not describe what I am talking about so I decided to show you some pictures, they are a little intense so sorry if it is to much for you.

After going to the doctor I found out that I had a very rare rash called Pruritic urticarial papules and plaques of pregnancy (PUPPP) What is PUPPS you ask? It is a rash that about 1% of pregnant woman get and even less get it as bad as I did. For me nothing took the itch away (NOTHING) until the baby is born. I took a oatmeal bath about 10 times a day, that would only help for about 5 min then the itch was back. I bought everything and anything that I could find that I thought or read would help. The steroid pill the doctor gave me did not help. Did not take the rash away. I was still miserable.

At this time it was Thanksgiving, I was only 34 weeks pregnant so I went home (Kerrville) to spend time with my family. When I got back, I went back to the doctors office because the PUPPS had done nothing but spreed and gotten worse. My arms, stomach, back, legs everywhere except my hands and face covered with this rash that not only itched like crazy but now was hot. I had such bad urge to call an online pharmacy UK to get a pain killer, but I knew it was something my doctor had to diagnose. Hot to the point that I was walking around with may arms out like a robot. I will not say her name but my Doctor which I liked up until this moment told me. In her words “you are having this baby tonight” (I was 35 weeks pregnant) that my baby had a 50/50 chance of serving inside of me. YEP she told me that! So of course I (being a first time mother) was freaking out. I was a scared first time mom who was told her baby might not make it. I thank God my sister-n-law was there with me. The Doctor decided she wanted to send me back to my specialist to have an amniocentesis to see if my baby boy wold survive outside of the womb.

When I get to the specialist what does she tell me? I told her what my doctor had said about my baby having a 50/50 chance of surviving and her words were “there is no way my Doctor told me this because it was not true”. Talk about one furious mama… I did the stupid test, he was not ready so we waited 2.5 more weeks and set the date to have an induction.

The day was Dec. 16 when I checked into the hospital and lets just say this part was not fun at all, I was in labor for about 17 hours and pushed for about 1.5. My nurse without asking me turned off my epidural right when I started pushing so by the time he decided to show his face I felt everything, I mean every little heart ranching rip. I needed 28 stitches by the time it was all said and done, but the doctor did not give me a local or anything. Talk about the worst pain I have ever felt and at that she (the doctor) told me to “stop moving” and to “suck it up that I had an epidural and it should not be hurting”. I’m not surprised why some people are scared of the doctor, I empathize with them! After that incident, I will never forget the look on my mom’s face.

After all the time and all the pain I would go back and do it all over again. I gave birth to a beautiful 6 lb 14 oz 19 3/4 in. long baby boy that we named Nolan Patrick Bodker. The love of my life or at least one of them!

There has been a problem with your Instagram Feed.
Christmas lights!
Merry Christmas To Me :) 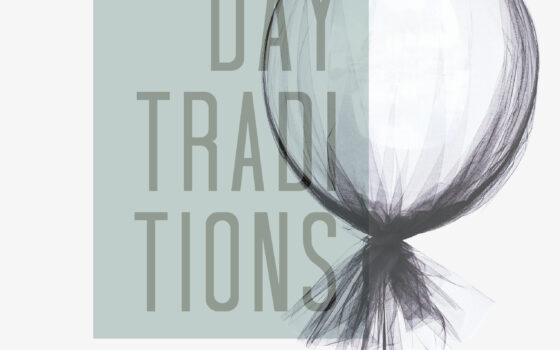 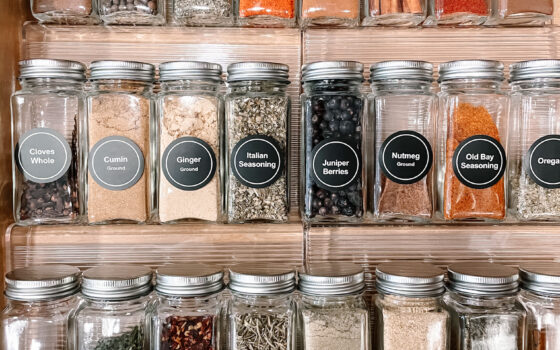 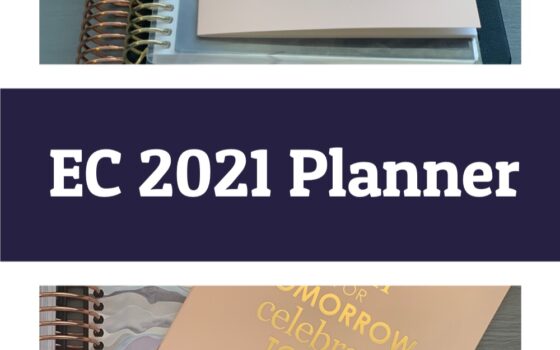